Can You Pass An EtG Test After 48 Hours? | Medical Health Articles Today

Can You Pass An EtG Test After 48 Hours?

Most of us are familiar with the breath test and saliva test used to detect the presence of alcohol in a person’s blood. However, these tests are only valid for two to three hours after alcohol consumption. To monitor if a person hasn’t consumed alcohol for the past few days, opt for an EtG test.

An ethyl glucuronide test, commonly known as the EtG test, is another type of procedure that detects alcohol in urine. How does it work? Can you pass an EtG test after 48 hours of alcohol consumption? Let’s find out.

How does it work?

After consuming alcohol, your body breaks it down into different metabolites. A direct metabolite of ethyl alcohol is ethyl glucuronide. This metabolite remains present in your body for two to five days, depending on how much alcohol you have drunk.

The EtG urine test detects the presence of the ethyl glucuronide on a person’s urine sample. Since this type of test can detect low levels of alcohol consumption, it is usually used to prove that the examinee is abstaining from alcohol.

An individual that has consumed alcohol and is taking an EtG test after 48 hours will likely receive a positive result. EtG tests can detect the metabolite for as long as 80 hours after alcohol consumption.

How is it done?

Once a urine sample is carefully collected from the examinee, remove the EtG alcohol test strip from its protective packaging. Make sure not to touch the strip membrane to avoid contamination.

Immerse the strip into the urine sample in a vertical position for ten to fifteen seconds. After pulling the strip out, wait for five minutes before reading the results. However, do not wait until ten minutes or the results will be considered invalid.

The EtG alcohol test strip is extremely sensitive. Make sure to properly store before using. Do not open the strip until you’re already performing the test to avoid contamination.

The Substance Abuse and Mental Health Services Administration, commonly known as SAMHSA, advises that a positive result is not stand-alone evidence that an individual has consumed alcohol. Additional tests must be done to ensure the validity of the EtG test. However, a negative result is convincing proof that the examinee was not exposed to alcohol within the testing time frame.

How long can the EtG test detect alcohol in urine?

If you’re hoping to pass the EtG test after 48 hours of alcohol consumption, we have some bad news for you. The standard time frame for an EtG test to detect alcohol is 80 hours. However, it still depends on how much you drank and how fast your metabolism rate is.

However, we do not advise drinking large amounts of water before taking the test. Most laboratories can detect a diluted urine sample and may invalidate your results. 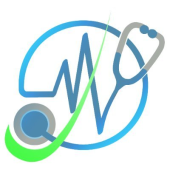 What Is Tested For On A 10 Panel Drug Screen Test?

What Do Standard Employment Drug Tests Test For

How to Read a Drug Test Cup